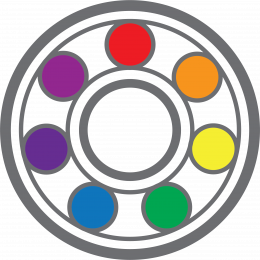 So what is going on...they don't look like the typical UFOs that we have all been brought up on! Well here is what I know so far... They are not what I would call solid, they sometimes change shape, they can move around, they can appear and disappear or be somewhere inbetween. So far I have identified several different types of beings, that can roughly be categorized as, greys, insectoids, humanoids and a few that I can't quite decide where they fit in! I did start to compile a list of different types but some are just hard to categorize anywhere.

hairless/bearded/or humanoids with hats on

Some of them appear to shapeshift!

I'm just saying it like it is, from my observations so far...

The main ships/craft look to be made of some type of energy and have porthole type windows. Sometimes other round window like holes appear and disappear on the ships. But most seem to have 2 main windows/holes that often show beings moving around inside. A few times I have seen beings looking out from the line area that most of the ships have as well. The beings inside often have erratic strange and fast movements. Occasionally they stick a head or other items out of a hole.

The closest ships are usually a golden one and a silver one but others are also seen and can be very colourful at times.

They seem to be aware of Joseph and will sometimes flash him. They are often out over the sea but some have been seen low in the surrounding woodlands as well.

What are they doing? well we can only guess, studying maybe, taking samples? But they don't seem to be hostile and are just doing their own thing. Should we be concerned? I don't know...

If you have any further information, thoughts or theories you are welcome to contact me at